We are dedicated to bringing you high quality vacation content.

Also try out our Discover tool to find the best vacation and travel sites to build your vacation, and our Organize tool to organize and coordinate your vacation plans with your family and friends. 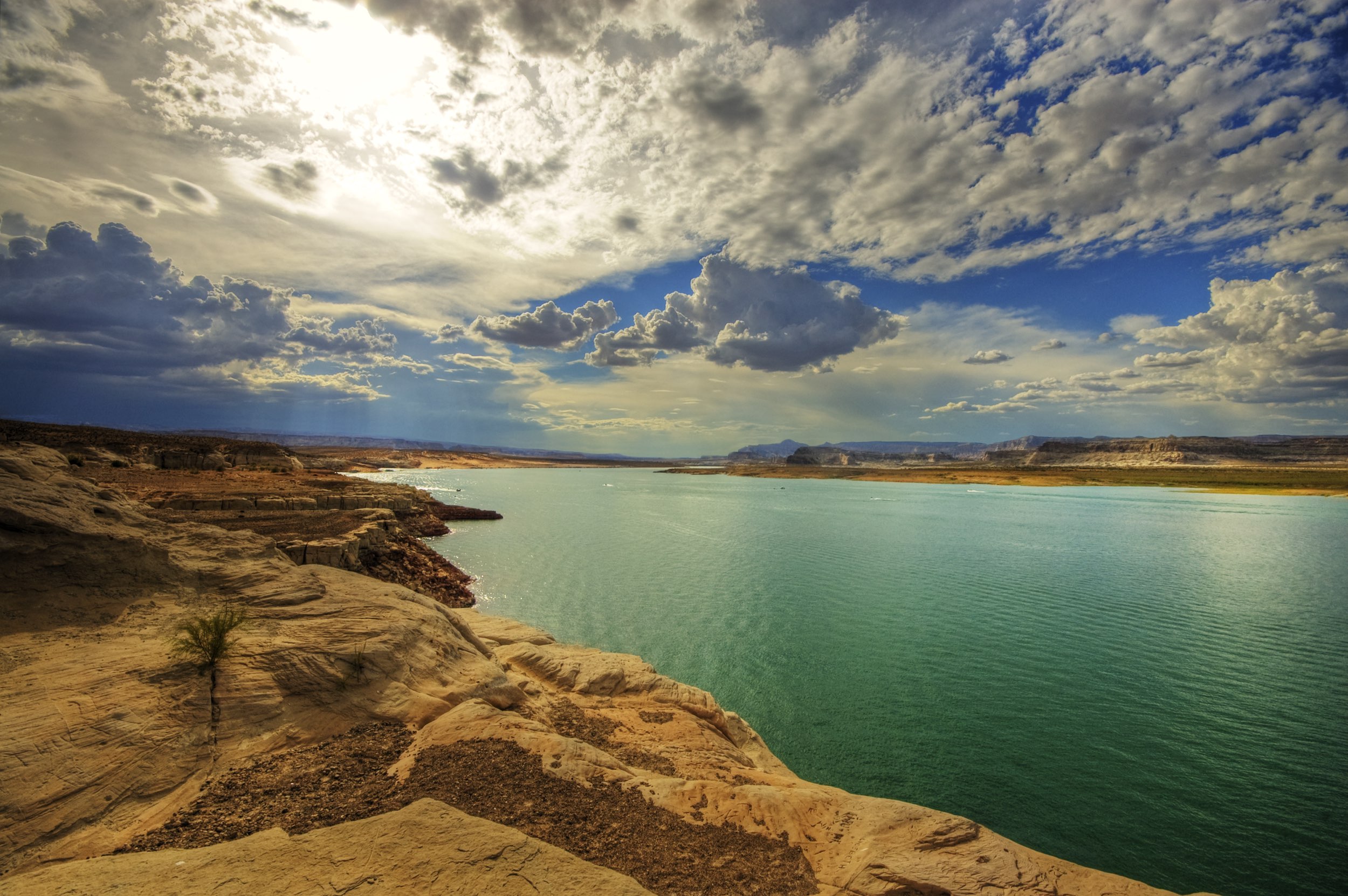 I have traveled to quite a few places in the world, but I can say without any doubt or hesitation that Lake Powell is my favorite place on Earth. Its raw beauty and abundant potential for fun and relaxing activities make it the most amazing place in the World, and a place I will visit every summer as long as I am physically capable (maybe even when I am not physically capable, I will just have someone wheel me down to the water in a wheelchair). I have had so many great experiences there, this is one of those stories.{@}

One particular Lake Powell vacation we were camping out at Lone Rock Beach. We had gone out for the day exploring around the lake and it was the late afternoon by the time we were heading back to camp. Our campsite was right on the edge of the lake so we could see it as we were getting closer. Something seemed a little off, just one of those feelings, and I remember looking at the distant shore and our camp as we approached.

We had left all of our non-perishable and non-melting food in a particular section of the camp, I think we had even covered it with a tarp or something. We were still pretty far away, but you could kind of make out a bunch of white dots all around the food storage location. As we got closer a sinking feeling started forming in our stomachs, we could just barely make out the forms that surrounded our food, the dreaded seagulls.

The seagull is the state bird of Utah, and even once the saviors of the Mormon pioneers, but in modern times they are mostly just hell-spawn let loose on Earth to torment man as he tries to enjoy any coastal area on the planet. As we got closer, we could only watch as these beasts devoured our food. Once we were close enough to the shore, we all jumped out and charged the pests of Satan yelling and I will admit, look away PETA and animal lovers, throwing a few rocks, you could even say a lot of rocks. But take heart seagull lovers, being spawns of Satan their unholy powers enabled them to avoid our thrown rocks and they escaped unscathed.

We were far too late at this point, the food had been completely sacked. The damn (or damned) gulls had eaten every last attainable morsel, the only thing untouched was a couple cans of food. They had gotten into everything else including sealed boxes of granola bars, cans of Pringles, loaves of bread, bags of chips, boxes of graham crackers, and more. Their devilish beaks had pierced everything but the metal cans, and given enough time I’m sure they would have gotten those as well.

We learned a valuable lesson that day, protect and guard all food when visiting Lake Powell. Even the stuff you think would be impossible for the devil spawn to penetrate. I still love Lake Powell, but I despise the seagulls that reside there.

That time I was lost in a sea of Japanese people

Nate is an avid traveler and adventurer. He has been all over the world, and loves to share the vacation stories he has collected over the years.